The recent Channel 4 programme “NHS: £2 billion a week and counting” caused many people to sit up and think about how much the NHS costs to run and provide them with the health services they believe they are entitled to at a time when its perceived inability to cope is making weekly headlines.

The programme set out to provide the British public with some stark illustrations of the cost of a variety of medical procedures, and was widely reviewed in both the broadsheet and tabloid press. It was largely hailed as having provided a useful service, with the Telegraph concluding that “the point that clinical choices are heavily influenced by cost . . . . was certainly made loud and clear”.

What those watching the programme may not have known was that much of the background data for the programme was obtained from the Unit Costs of Health and Social Care produced in PSSRU Kent and edited by Lesley Curtis. The report provides a wealth of information on the costs associated with a wide variety of health and social care provision.

It has been downloaded over 11,000 times, many of these by individuals working in the area of health and social care this year and, in addition, was recently cited in a quiz on health on the extremely popular news outlet Buzzfeed, potentially introducing the report to a whole new audience. Thanks to @nikloynes for bringing this to our attention. 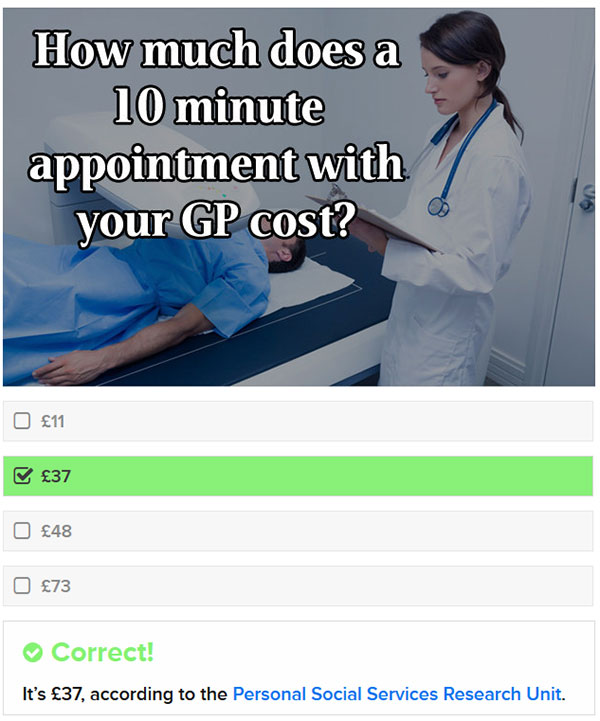 Of course, those who work within the relevant areas of health and social care have long recognised the importance of the report and it has been widely cited, but it was exciting to see its importance being spread in this way.

We look forward to being able to continue to find new and exciting ways in which the report can be useful.