ASCOT has generated considerable international interest and the measure has been translated into a number of languages.

The ASCOT translations have followed a rigorous methodology and were conducted in co-operation with the ASCOT team. Therefore, they have the status of approved official translations. Below is a list of the approved translations, with the details of the researchers involved in their development.

A Dutch version of ASCOT SCT4 was conducted by a research team at the VU University Amsterdam and the ASCOT team. The Dutch team was led by Karen van Leeuwen, and the team members were Judith Bosmans, Danielle Jansen, Maurits van Tulder, Henriette van der Horst and Raymond Ostelo. The ASCOT team members at PSSRU who were involved in the translation were Stacey Rand, Ann-Marie Towers, Nick Smith and Kamilla Razik. In addition, the Dutch team consulted Birgit Trukeschitz at the Vienna University of Economics and Business (WU). You can view a sample of the Dutch ASCOT SCT4 below: 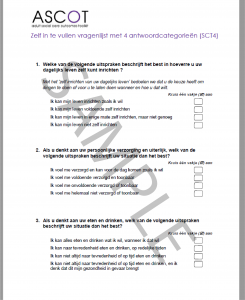 Both the service user version of ASCOT and the carer version have been translated into German: ASCOT (SCT4 and INT4) and ASCOT-Carer (SCT4 and INT4). As part of the EXCELC (“Exploring Comparative Effectiveness and Efficiency in Long-Term Care”) project, the ASCOT team at the WU Vienna University of Economics and Business (Austria) translated ASCOT into German in cooperation with Corporate Translations, Inc., and the PSSRU’s ASCOT development team at the University of Kent.

If you have any further questions about the German Tools and their development and use in Austria, take a look at our ‘international use’ references page

You can view samples of the German versions of the ASCOT instruments by clicking on the pictures below. 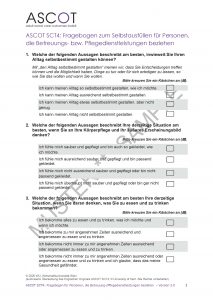 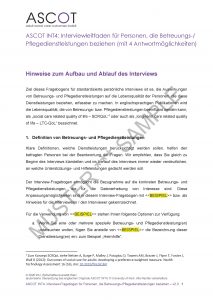 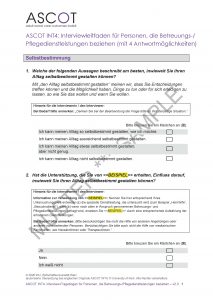 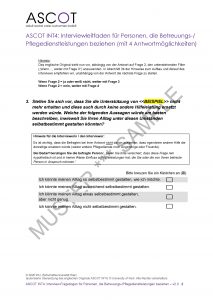 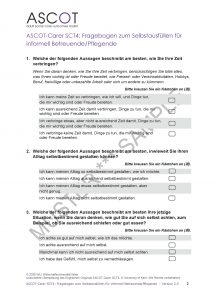 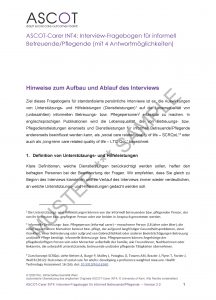 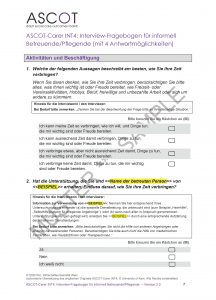 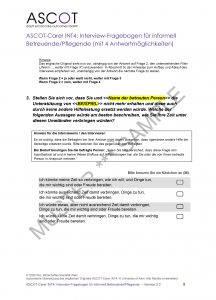 ASCOT SCT4 has been translated into Japanese by Corporate Translations Inc in co-operation with a Japanese research team at the Saitama Prefectural University, Koshigaya City, Japan, College of Policy Studies, Tsuda University, Tokyo, Japan, and the National Institute of Public Health at the Department of Health and Welfare Services, Wako City, Japan and the ASCOT team. The Japanese research team was led by Dr Hiromi Nakamura-Thomas: and the team members were Dr Mie Morikawa, Dr Takashi Fukuda, Dr Takeru Shiroiwa, Dr Yoko Moriyama, Dr Takuya Matsushige, Dr Masaaki Otaga, and Dr Makoto Kyougoku. The ASCOT team members involved were Dr Juliette Malley and Kamilla Razik. The project was funded by the Japan Society for the Promotion of Science (JSPS), Grants-in-Aid for Scientific Research (KAKEN) C -15K00756 and B – 16H03722 (both in Japanese).

You can view a sample of the Japanese ASCOT SCT4 below: 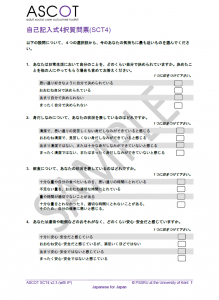 You can view a sample of the Japanese ASCOT Carer SCT4 below: 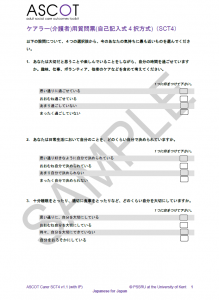 ASCOT SCT4 and INT4 and ASCOT Carer SCT4 and INT4 have been translated into Finnish. The translations were conducted for the Exploring Comparative Effectiveness and Efficiency in Long-term Care (EXCELC) project. Corporate Translations Inc. conducted the work in co-operation with the Finnish research team at the National Institute for Health and Welfare (THL) in Helsinki and the ASCOT team. The Finnish team was led by Professor Ismo Linnosmaa and the team members included: Dr Lien Nguyen, Hanna Jokimäki, Taru Haula and Salla Ikäheimo. The ASCOT team members involved were Dr Juliette Malley and Kamilla Razik. If you are interested in obtaining a copy of the Finnish translation or have any queries, email: finascot@thl.fi

You can find samples of the Finnish versions of the ASCOT tools by clicking on the links below: 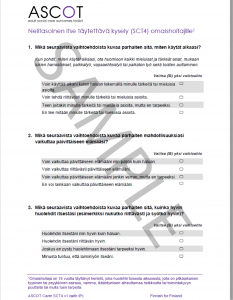 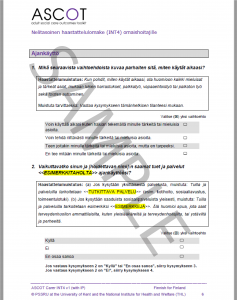 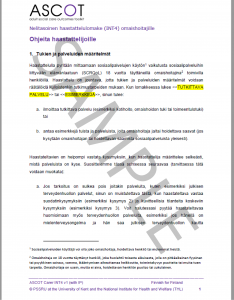 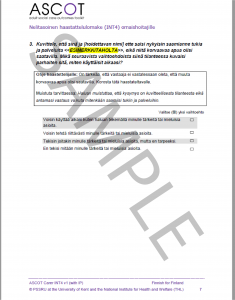 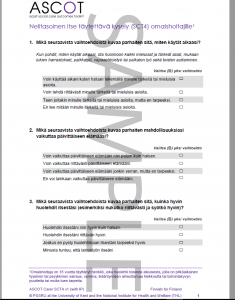 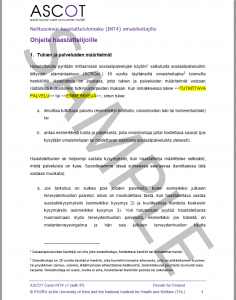 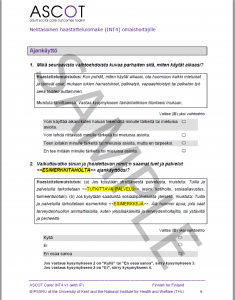 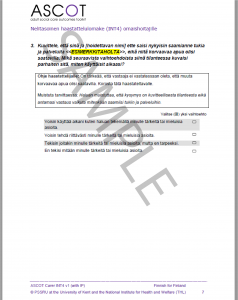 Intellectual property (IP) ownership and access to the translated versions

This guidance will help you understand the processes involved in an ASCOT translation, and should answer any questions you have, but if you still have questions the ASCOT Team will be happy to help. Please contact ascot@kent.ac.uk.

Applying to translate an ASCOT tool

Anyone interested in translating ASCOT should complete Licence Form two (https://www.pssru.ac.uk/ascot/licensing/) as a first step. The translation process can be lengthy and will generally involve some discussion with the applicants. Any translation of ASCOT must be done in consultation with, and with the approval of, the ASCOT team, and a licence is required. Any translations conducted without the approval of the ASCOT Team, and the appropriate licence, will be deemed as a breach of copyright and Intellectual Property.  The copyright holder, the University of Kent, reserves the right to take legal action in such situations.